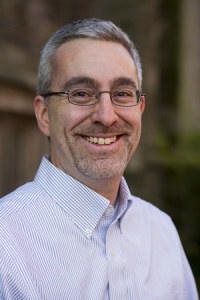 In today’s guest post, author Ron Vitale shares how he fell in love with the written word.  In “Cinderella’s Secret Diary: Lost” Ron writes about what happens after happily ever after.  You can visit his blog at www.ronvitale.com.

Growing up, a friend of mine introduced me to Tolkien’s The Lord of the Rings and taught me how to play Dungeons & Dragons. I devoured Tolkien’s trilogy and happened to be living at a fun time for fantasy literature. The Dragonlance series was all the rage and I spent many long hours reading through the books and then roleplaying my Dungeons & Dragons games using the modules to have my friends and brother go through the adventures.

Back in the mid-80s we had pencils, paper, dice and lots of imagination.

But none of this truly sparked my inspiration to loving and reading science fiction. I want to tell that story. I am known for my fantasy young adult books, but I have written some science fiction and am a big fan. Of course, these days, with limited time, I don’t get as much chance to read sci-fi as I would like. I focus reading more on the fantasy side of the fence since that’s more relevant to my writing.

Back when I was around 13 years old, a relative of mine gave me Isaac Asimov’s Foundation Series for a birthday present. When I look back, I would say that those books and all the other Asimov books I read over the next decade marked a turning point for me. I loved fantasy, but science fiction opened new worlds (literally) to me. I have been a diehard Star Wars fan since the first movie came out, but Asimov’s work broadened my taste in reading and first introduced me to the actual man behind the books.

I read as much as I could get my hands on, falling in love with Asimov’s style, his easy going prose and his thought-provoking topics. His robot series are still one of my favorite books because of the moral complexities woven throughout the stories. Years before anyone really had thought about this, Asimov wrote about the effects of a robot society on people. How would we adapt to being mostly surrounded by robots? Would we become alienated from other people? Being a young teenager and reading Asimov’s stories caused me to question the effects technology would have on us as well as sparked great hope within me.

I dreamed of a future in which I could be a writer and that the science in the fiction that I read would one day become reality. But most importantly, Asimov’s books acted as a gateway. Through Asimov, I stumbled on Niven’s work (Ringworld and The Integral Trees stand out in my memory), Heinlein’s and Clarke’s. From there, I became a subscriber of Asimov’s monthly magazine and then Science Fiction & Fantasy.

I read, read and I read some more.

I love reading and as I matured and went to high school and then college my reading diversified. Professionally I had become an English major, focusing on the Romantics, but in my leisure time I would read fantasy and science fiction.

This all took place before Rowling’s Harry Potter and Meyer’s Twilight series. I have read The Washington Post article that cites that 25% of Americans haven’t read one book in a year. That disturbs me. With mobile devices and tablets great tools for unlocking millions of books, I do not understand why someone would not take advantage of this opportunity. How many games of Angry Birds can one play? With many indie authors as myself offering free or inexpensive books, the world has changed, and although the choices have become overwhelming, there are still more great books out there than I could ever read in a lifetime.

I look back and my love of books started from a simple decision:

Someone gave me a book as a gift.

With the great diversity that is now available for such low costs, I would encourage people to give books or ebooks to people as gifts. When a new book comes out that I think my wife might like, I buy it on Amazon and it shows up on her Kindle Fire. How easy is that? To me, it’s about creativity, imagination and the solace that a book brings me from the stress and rush of the day-to-day world.

Read. If I could pass that message onto my kids and they were to listen, I’d be most satisfied that they would have a rich inner life. If you’re a reader, then spread the word: Give books to your family and friends. With many ebooks being under $3, that’s a great deal. Now I’m off. I have a date with A Discovery of Witches by Deborah E. Harkness and need to get going. But before I do go, could you do me a favor? Share your story in the comment section. How did you become a reader?

Ron Vitale is the author of the dark fantasy novel Cinderella’s Secret Diary who hopes that his daughter will grow up to find her own voice and not allow others to dictate who and what she can be.

7 thoughts on “How Did You Become a Lover of Books and Reading? (Ron Vitale)”

Where Teens get lost in Fantasy too