The Bookworm is excited to interview Robert Evert.  Robert’s first novel Riddle in Stone went on pre-order on February 2, 2013.  You may remember from Around the Web #2 that I first met Robert through the wonderful communities on Google Plus.  He was kinds enough give me an interview. 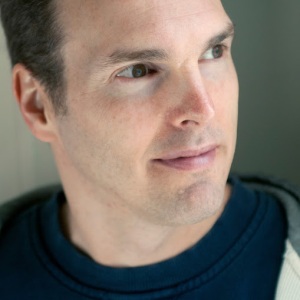 Author of Riddle in Stone

Bookworm:  “Before we start, let me say that I just adore your blog.  In fact, I picked up Stephen King’s On Writing after reading your post.  I like that you are very frank with your readers.”

Robert Evert:  “Thanks, Erin!  To tell you the truth, I don’t like the idea of “blogging.”  One, it takes time from my other writing. And two, I’m not sure it really helps “promote” books.  But I’ve met some wonderful people like yourself so I’m glad I’ve done it.  Also, I can’t imagine why anybody would read my ramblings.  But I’m glad a few of you have!

And yes, every writer should read Stephen King’s “On Writing.”  Also, Sol Stein’s “Stein on Writing.” Both are wonderful books. I didn’t realize how bad of a writer I was until I read them. I honestly can say that I wouldn’t have gotten my manuscript published without their help.”

Bookworm:  “Speaking of which how’s the blogging coming?”

Robert Evert: “Ha! You tell me!  I don’t know.  I mean, I try to write something every week.  I want to chronicle my journey as an aspiring writer.  Hopefully I can say something that will help somebody out there.  Had I had a writing mentor years ago, I would have gotten published so much sooner.  My blog is just a way that I can try to help others learn what I learned the hard way.”

Bookworm:  “So, tell me a little about your upcoming book?“

Robert Evert:  “Riddle in Stone is about this guy named Edmund. He is fat, stutters, and deeply in love with a beautiful woman, who doesn’t know he exists.

One day he realizes that his life stinks. Every morning he gets up, does the same thing that he did the day before, and then goes to bed alone. He’s bored and wants something – anything – to give his life meaning. So he decides to become a famous adventure, like all of the heroes in his beloved books.  But he quickly realizes that being a hero isn’t all that it is cracked up to be.

It’s an “epic fantasy.” However, it really isn’t about magic and goblins and sword fights, although all of which are in the book.  It’s about trying to find out who you are. There’s a mystery and a sweet romance. But there’s also a “bro-mance” where Edmund and another guy are thrown together out of necessity. They become friends and help each other find happiness.

Hopefully it’ll strike a chord with somebody out there.”

Robert Evert:  “Boy, this is a difficult question to answer! You see, originally, I didn’t set out to write a book. I was just trying to practice writing, dialogue in particular. Every day, I sat down and spent at least fifteen minutes writing short scenes with this character—“Edmund.”

I had no idea who he was or what he wanted out of life. I was just trying to practice creating scenes and, bit by bit, this story simply unfolded in front of me. I wrote about four hundred pages and sent it to an agent, who said she loved it. And here we are!

Looking back, I have to say that Edmund is very much like me, though I didn’t plan it that way. He’s not good-looking. He’s not strong or talented. He’s not a hero. But he tries very hard to be a good person, although things don’t always work out the way he plans them.”

Bookworm:  “I love the cover.  Who came up with the concept?  Who designed it?”

Robert Evert:  “Thanks!  The wonderful art staff at Diversion Books did that for me. I was a bit nervous seeing the cover for the first time.  I was worried that it was going to stink.  But they really did a nice job.

As far as the concept, that was a lot of give and take between me and the art staff. Most fantasy covers have big burly manly men holding buxom women who are falling out of thin clothing.  Or maybe there’s a grim roguish fellow with a sword.

But none of that works for my story.  Edmund isn’t the typical hero. He’s short, fat, and balding.  He has a good heart, but it’s hard to see that in a picture. So I suggested showing him from behind.  Hopefully it’ll attract a few readers out there.”

Robert Evert:  “Most of the time, I’d love to be invisible…which is horrible for a writer. Nowadays, you have to be “out there” talking to people and marketing your book.  I’m just not very good at such things.

If I had my choice, I would like the ability to truly understand people.  People really puzzle me.  I’m never too sure why they do the things they do or say the things they say. They’re a complete mystery to me.  I wish I could just see and understand them for who they are.”

Robert Evert:  “Well, Terry Pratchett comes to mind.  I love the humor.  But Terry Brooks and Terry Goodkind are brilliant as well.”

Bookworm:  “What authors inspire you?”

Robert Evert:  “Beverly Cleary was the first.  I loved “The Mouse and the Motorcycle” as a kid.  Then Tolkien changed my life.  I didn’t know the joy of reading and writing until I read the Lord of the Rings.  But there are a ton of wonderful authors out there.  Nearly every book I pick up inspires me in some way.”

Bookworm:  “On your blog, you often say “First drafts suck.”  I’m sure every writer feels that pain.  Who helps you edit your drafts?”

Robert Evert:  “I have a writing friend, Christine DeSmet, who edited the first book. She’s a fellow author and an incredible person.  A bit brutal at times. But I think writers need to hear, “This stinks!” Once in awhile.  Sometimes we don’t see the flaws in our own writing.  Outside editors who are blunt are a big help!”

Bookworm: “How did you go about getting published?

Robert Evert:  “Ah! That’s a book in and of itself!

Bookworm:  “Any advice to unpublished writers?”

Robert Evert:  “I have a TON of suggestions for unpublished writers. Things that I wish people would have told me when I first started out.  Here’s one tip you might not have heard before—read new authors. Of course, being a new author, that probably sounds a bit self-serving. But follow my logic for a minute.

If you pick up a book by Stephen King or Tolkien or Rowlings or the latest big seller, I think we have a tendency of saying to ourselves, “Since they’re selling so many books, this must be good! I need to write like them!” It’s difficult for unpublished writers to read popular authors objectively. If we see something we don’t like, I think we often say, “Oh, it must just be me. I must not see what everybody else does. I must not get it.” And that’s a bad mindset.

Unpublished writers need to study writing. We can’t do that if we think other people have all the answers.

However, if you read books by people you’ve never heard of before, you’re free to think whatever you like. You can say, “Holy cow! This is really unique! I love how the author does x.” And you’re free to say, “Holy crap! This sucks! How the hell did this get published?”

Read new writers.  E-mail them. Ask them questions. Talk to them about the craft of writing. Stephen King and J.K. Rowlings probably won’t respond to “fan mail.” But a new writer certainly will!  I mean, I would LOVE for somebody to take the time to e-mail me and say something nice about my work!  That’s a hint, by the way.”

Bookworm:  ”Thank you so much for taking the time to answer my questions.  And good luck on the pre-order of Riddle in Stone.”

You can visit Robert Evert’s blog by clicking here.  You can pre-order Riddle in Stone by clicking here.  If you like what you read here, be sure to follow us on twitter @ErinEymard and Google Plus.  The Bookworm is also giving a copy of Stephen King On Writing to one lucky follower of the blog/twitter/Google plus.  More information can be found on our Google Plus page!

Where Teens get lost in Fantasy too